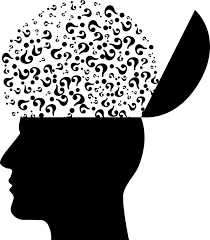 Sometimes we get “brain fog”.   There are so many competing voices and so much conflicting information how do we sort the truth from the lie?  Sometimes it is just too much and when someone comes with yet more information we just switch off.   We also know that false information is deliberately placed out there to muddy the waters.   Well I am a great believer of keeping an open mind and I am willing to change my mind when new evidence becomes available.

In the very beginning I believed that the virus would have a pandemic exponential spread but as more evidence became available I realized that the numbers were greatly exaggerated.   I also kept an open mind to 5G being a contributing factor (not necessarily the cause) of the virus.  The virus itself has been “patented” and many scientific papers have been produced that show the genetic make-up.  Even so I posted a video from Joe Imbriano that warned about the danger of 5G.   Joe Imbriano has produced another video  (which I have backed up in case it disappears).  If you find the time please watch it as I find it compelling….but first a few remarks and comments.

In this video he accuses Dr. Buttar and Dr Shiva (I have featured both of those doctors videos) of being “controlled opposition”.  In other words they are establishment figures who “oppose” some of the policies but within strictly limited confines. They never talk about 5G except to state that in general terms that it is bad for the immune system.  Now I cannot vouch for that because I have not seen all of their material and apparently others have commented that they do talk more extensively about 5G.

Joe Imbriano takes the more extreme view (as do a number of other doctors truth be told) that a virus is a “natural” defense mechanism produced by the body to repair and get rid of toxic damage.  It is not something that “makes you sick”  but something you produce as a consequence of “being sick”.   If we accept this premise one might ask how then do we catch a virus?  It might be possible to postulate that a chemical distress signal (a virus particle) might trigger the same response in someone else if their immune system is already compromised or it might trigger no response at all in a healthy system (asymptomatic).   I just don’t know but I am unwilling to dismiss it out of hand.   What bothers me is that a virus is not a living thing.   We talk about it “reproducing” but is that really the correct terminology?  Living things reproduce. They react to stimuli. They require food.  Bacteria need food. Bacteria reproduce. Bacteria are alive.  I find it all very strange and those who know me know that I have done microbiology, have worked (as a junior scientist) in a department for plant pathology. We infected trees with E. Salicis and studied the spread. We sampled the trees and tested for antibodies using ELISA. That was 40 years ago.  So I am not a complete moron when it comes to these things…..and I say…..questions remain.  I readily admit that I am no expert but I feel that the question is far more complex than they are letting on.   I also know that when huge amounts of money are involved and reputations and political agenda’s etc etc….then it is very difficult to get to the truth.   I know that we are in the middle of a psyco op.   Remember I found that the RNA spike code contained  the letter “g” five times.  Coincidence?   I don’t know but I keep an open mind.  We must be flexible and alert, but that is not the same as being gullible.

Here are the things that make me suspicious and raise immediate red flags.   First Red Flag: 5G has never been adequately, independently tested no matter what they say. Second Red Flag:  no one asked me whether I wanted towers everywhere and thousands of satellites over my head. Perhaps they asked you and simply forgot to ask me.  Third Red Flag: The military already have weaponized versions of this technology Fourth Red Flag: All the health ministers are saying we may get a second wave of the virus. It does not confer immunity.  How strange is that?  Never heard of that before. You catch a disease and survive and you are immune. That is how your body works. No one else find it weird that you do not become immune?   How do they know that there will be another wave?  How do they know that we will not be immune the second time around? Do they have crystal balls?

For all the above reasons above I post the video by Joe Imbriano.  I do not necessarily agree that Dr Shiva and Dr. Buttarare controlled opposition.  We all need to unite and share knowledge. No one man has a monopoly on the truth.  That said I believe that Joe has raised extremely important issues and no matter what anyone says about the health side of this it cannot be good to live under constant surveillance.  The new technology is a surveillance tool.  So even if it is “really, really good for your physical health” to be constantly radiated with 60 Ghz microwaves, the surveillance cannot be good for your mental health.    So, I keep an open mind and place his video here (let me know if they take it down…the main website has a contact page):

In the video he mentions 802.11ad so I looked it up and found this (very interesting): Stay safe. Keep an open mind. Something else is going on and we all know it.  Trust your instincts. Pray for guidance and wisdom.