ONCE UPON A TIME the Government, the MSM propaganda machine and the intelligence agencies thought that the public was stupid. The trouble is that they were correct. The public is (mostly) stupid and/or distracted.

Now they are trying to tell you that the White Helmets founder was driven to suicide by nasty trolls that didn’t believe him.  So, let me get this straight…the guy was ex-military (SAS?) and he topped himself because “someone said something”? YOU MUST BELIEVE that  Epstein “committed suicide” that all the camera’s “malfunctioned” and that the guards “fell asleep” (LOL).   Of course, the death of the White Helmets guy had nothing to do with the US withdrawal from part of Syria.   Nothing to do with the staged “chemical attacks” or the OPCW leaks.  He killed himself …….because…..because….“hurty feelings”?

Caitlin Johnstone has produced an article debunking and ridiculing the cover-up story:

Surely they can do better than this? They must have better script writers? At this point something like – the Russians attempted to abduct him and he fell of the balcony when he tried to escape. Or perhaps…Assad dropped chemical weapons on his hotel and under the influence of a hallucinogen (undetectable by a post-mortem) he dived of the balcony into the sea (into the ground).

Being constantly lied to is bad enough but the fact that they treat the public as morons is in some ways worse.

Read the following articles for the full story: 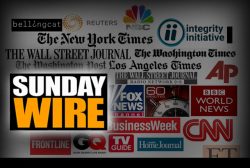 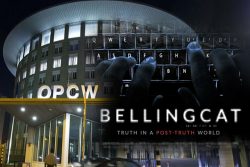 Post-Truth World: An OPCW Cover-up, Shielded by MSM and Bellingcat

Of course, the question is rhetorical.  We know what comes next.  If a good man like this – doing badly needed “humanitarian” work can be driven to suicide by nasty alternative media  then we must do something about it.   We must stop these “conspiracy theories” (truth), we must strengthen the laws and employ more “thought police”.  Right now we are at the stage that the intelligence agencies are being aided and abetted by the MSM.   There is no truth in the media.  They are all presstitutes.  At this point why don’t they simply do away with the pretense – UN Moves Towards Handing Dictatorships Power to Control the Internet

If you think lying does not matter think again.  The downfall of mankind began with a lie and Jesus said…”your father was a murderer and a liar from the beginning”.

These lies are not “harmless” because they cover up murder and corruption. They rot the soul.  They will not be allowed to stand.  Judgement is coming and that right soon: