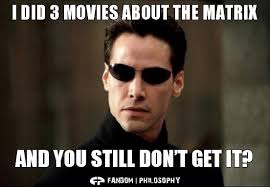 The easiest way to do this is to first catalogue the narrative that they want us to believe and then push-back.  What is my motivation?  After 9/11 I do not believe anything they tell me.  In their philosophy the end justifies the means.  They lock people up (Assange) and murder people (Epstein).  Then they call you a conspiracy theorists for doubting them. They may even call you unpatriotic or a terror supporter.  They are very good at projecting.  So, this is not about being “contrary” it is not about being anti-Anglo-Zionist or pro-Iranian.  At this point in time if they told me it was dark outside I would go outside  and physically check.  My attitude is now beyond skeptical.    They no longer get the benefit of the doubt.

The question to ask is “who pressed the button?” Unless it was pure incompetence there are two other options.

If the above speculation is true (manipulating the Tor missile system)  then why would Iran accept responsibility?   Well, at first they demanded an investigation and attempted to be transparent hoping that the truth would be revealed. Then Iran backed-down and took full responsibility.  Why?   Probably because they faced an overwhelming nuclear threat.  I believe the threat was so pressing that they were forced to tow the line.  The fact is that Iran did shoot the aircraft down…..but I believe they had outside help (the US/Israel interfered with their systems).  If the true extent of Anglo-Zionist perfidy and lying is revealed then the Empire would collapse. The charade only works as long as Joe public believes the narrative.  Joe public still believes 9/11 and the Epstein suicide.  They think they can get away with anything now.  They have perfected the art. What you must remember is that war is not just fought on the battlefield but also for your heart and mind.  They need you to believe that they are the good guys fighting evil.  What do you expect?  You think that they will admit that they are a bunch of blood thirsty, power hungry, greedy megalomaniacs who want to control the world?   Not likely.  Where does this leave Iran?   They are not a perfect country either but they are seeking to protect themselves.  That is their right.

While millions of Iranians turned out for the funeral of Solemani, Iran’s call to de-escalate comes as waves of anti-government protesters have taken to the streets to demand that Iran’s leaders, including Ayatollah Khamenei, stepdown over their initially concealing the truth about the airline downing.   (At least that is what this article is saying.).

How can you believe any of this when the protests start at “Universities” (don’t they always?) and the British Ambassador is taking pictures (for his scrapbook?).  Looks like another “color-revolution”.  I do not believe for one moment that this is spontaneous.   See below for tweets:

To the leaders of Iran – DO NOT KILL YOUR PROTESTERS. Thousands have already been killed or imprisoned by you, and the World is watching. More importantly, the USA is watching. Turn your internet back on and let reporters roam free! Stop the killing of your great Iranian people!

Remain skeptical don’t believe anything they say.  Two buildings were impacted yet three fell down. They can manipulate almost anything. Who can make war against the beast? The White Helmets: Fact-Checking by Eyewitnesses and Former Volunteers  M. Grigoriev and S.Maizel
Russian Intelligence from the Foundation for the Study of Democracy