This is just a teaser….go to the link below this video for the full show

Did Netanyahu Give a Subliminal Message?

This is the iconnect link:

Of course Israel never commits war crimes and Palestinians do not have a state so how can there be war crimes? (lol) As to the Palestinian fishermen hit by a Hamas missile….boy they are unlucky. Imagine that…hit by an unguided Hamas missile.  They should have bought lottery tickets instead of fishing. Israel will pay for her crimes a reckoning is due. All countries who suck up to the beast will regret it. Don’t all those ministers in masks look like retards?
Tested positive? Doesn’t everyone? What a clown show.

A short video on the Yemen situation.  Don’t agree with his “fallen angel” stuff but I have no doubt that the whole “peace process” is the prelude to a false messiah. The war drums are definitely beating.  He is spot on in his remarks about Christian-Zionism.

At least 26 people were killed in an attack on Aden’s airport as Yemen’s new unity government disembarked from an aircraft.

The exact moment when Missile hit the airport having top officials of Yemen. pic.twitter.com/SAbR2GDsAJ

Deadly attack at Aden airport in #Yemen has killed at least 22 & injured over 50. The explosion happened shortly after new government’s plane arrived from Saudi Arabia.#Houthi rebels have been accused of the terrorist act. 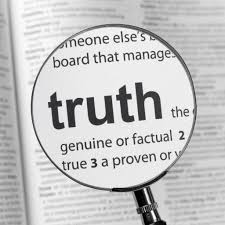 The five eyes have spoken using their five mouths.  We now have the PLANE truth.  The Iranians were so stupid that they blew their own plane out of the sky.  They even videoed it (unconfirmed video) for posterity (but neglected to shout Allah Akbar).  The fact that it was a Ukrainian flight is just one of those kwinkydinks (sic).

What really happened?   I don’t know and neither do you and we probably never will.  However, we know now what they want us to believe.  It was friendly fire. The Iranians were trigger happy. (Chortle, those silly muzzies killing themselves).   The death of anybody is no laughing matter.  There were innocent victims on that airplane.  There may also have been deep state agents.

There seems to be discrepancies with the flight-radar and tracking software and  telemetry was suddenly stopped being received by the satellite which means it was probably not “engine failure” or a mechanical issue. Odds are they zapped it with a SAM.   Anyone with a SAM missile could have downed this aircraft.   Just a reminder in case you are inclined to believe anything that they tell you.

MH17 and MH370 were no accidents. Among the casualties were Chinese patent holders related to Rothschild’s Freescale Semiconductor, Inc., of Austin, Texas. The patents were owned in partnership with 6 investors. One was Jacob Rothschild and the other 5 Chinese were the actual inventors. If any of the partners should die, their share were to be distributed among the remaining partners rather than their legal heirs. Strictly by coincidence, all the patent partners other than Rothschild himself were on that ill-fated plane. US firm says 20 employees on missing plane

Taxes of Ukraine’s Poroshenko show his income jumped 10,000% thanks to Rothschild Trust

On the same day before assassination of the Quds Commander General Soleimani and Iraqi PMU General, they killed Taiwan’s top military leader and senior offices because he did not support the Zionist anti-China and their puppet, the current president Tsai Ing-Wen who is seeking re-election on Jan 10, 2020.

So, they do not care if innocent men, women and children are on the plane.  The plane truth is that the world is run by psycho’s and pretty soon the veil will be completely removed and you will see the man of sin in all his glory.     For the time being they have to maintain a narrative.   They have to fool people with propaganda. Soon they will not have to go through any tiresome charades. They will openly remove anyone that opposes them.  There are forces at work that are stronger than Trump.  Even he is being swept along by events.  We are not being told everything (anything).  Does this look like the face of a happy confident man?   Even at his press conference he looked and sounded very stressed.