Reader-“This looks like a SHUT-UP hit job to protect the COVID-19 HOAX from exposure…”https://t.co/039CSLqgKT

If you get this warning when you click on the Zero Hedge link please ignore it.  It is a deliberate scare tactic by Google so that you will self-censor. More dirty tricks. Computational biology, which includes many aspects of bioinformatics, is the science of using biological data to develop algorithms or models in order to understand biological systems and relationships. Until recently, biologists did not have access to very large amounts of data.I t involves the development and application of computational, mathematical and data-analytical methods for modeling and simulation of biological structures.

I find this merging of data and information with “biology” very interesting. The assumption is that they were working towards a vaccine but what if they were working to expose the truth behind the virus.  A lot of people would not want that to come out. This was no accident.

An article on the mysterious Kawasaki disease which has now also appeared in the  USA among children: Mysterious Coronavirus-Linked Syndrome Spreads From London To New York

Of course, the use of the term “spreads” is a leading term making the reader think of an  infectious disease that can be caught. However, Kawasaki disease is nothing other than toxic shock syndrome or a cytokine storm which is the bodies defense mechanism gone wrong. It is an auto immune response and it is perfectly plausible that this was brought on by 5G as discussed in a previous article here.

The problem is that we have multiple competing mechanisms to explain Covid.  Some are saying it is a complete pysyop (e.g., Icke) and that the virus does not even exist in reality. In support of this is the strange way it codes to 72 and the multiple simulations that were run in advance of the actual disease breaking out and the fact that it has never been isolated using Koch’s principles.  The Covid symptoms could then all be related to 5G or influenza and this mistake can be attributed to false positive testing and inflated morbidity reporting. A virus can only replicate inside a living host. A virus is dead material. Some argue that the virus is the bodies own response – it is produced by the bodies immune system (not externally). They are called exosomes whose function is to mop up all toxins. It is (in my view) plausible that a person undergoing such a cytokine storm might exude quantities of these exosomes that trigger a reaction in other people (i.e., they catch the “virus”).

Another  mechanism is natural emergence. However, that would take hundreds of years and probability rules out the chance combination of these zoonotic diseases. Natural emergence  can be discounted as implausible because we know that military labs in different countries were all working on corona and it seems to be an “ensemble” of different viruses.

So that leaves the virus as a lab manufactured bio-weapon.  However, as we have previously indicated we see no problem with accommodating more than one mechanism. It is the perfect way to muddy the waters and deliver multiple overlapping symptoms and fulfill multiple agendas.  The roll out of 5G, the roll out of vaccinations, the crashing of the economy…. etc, etc.  If viruses are actually exosomes then it must be possible to isolate zoonotic material and recombine the RNA proteins etc to make a more pathogenic strain.  So, I leave the question open and keep my mind open to all possibilities because I know that something strange is going on. Computational biologists don’t just suddenly start murdering each other. Strange toxic shock disease does not suddenly start appearing. And a “virus” does not compute to the number 72 by accident. Especially as God’s name is linked in Kabbalah to 72 angels (with corresponding 72 demons) and the masonic compass is coincidentally (sic) open at an angel of 72 degrees. 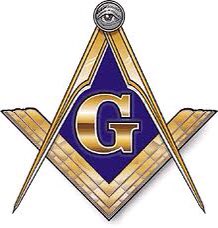 Here we place the two most prominent explanations side by side without feeling the need to chose between them. Who says that it is either/ or?  The fact is that we are facing lies and propaganda on multiple fronts. It is a deliberate strategy to keep you confused, frightened and off balance. The pandemic is obviously very well planned as we know they have run multiple simulations. It is not some vast conspiracy as the outworking has been compartmentalized and most of the medical fraternity is simply following the guidelines or working on projects for which funding  has been allocated. Many doctors are themselves starting to question what is going on.  It is the military research labs, the NGO’s and the supra national organizations that are the root of the problem.

*The video links below will need to be copied and pasted if you want to watch them as they are not hyperlinked to prevent loading.

The virus and vaccine theory

We have been deeply, profoundly & repeatedly lied to…

Cellular and molecular biologist Judy Mikovits, Ph.D. believes COVID-19 — the disease — is NOT caused by SARS-CoV-2 ALONE, but rather that it’s the result of a COMBINATION of SARS-CoV-2 and XMRVs (human gammaRETROviruses).
SARS-CoV-2 has LIKELY been manipulated to include components of HIV that destroys immune function along with XMRVs.
People PREVIOUSLY (unknowingly) INFECTED with XMRVs (retroviruses) VIA knowingly dirty VACCINEs end up getting SERIOUS COVID-19 infectionS and/or die from the disease.
Mikovits’s research suggests more than 30 million Americans carry XMRVs and other gammaretroviruses in their bodies from contaminated vaccines and blood supply.
Mikovits believes 40+YEARs of data suggest Type 1 interferon at very low dose would be an ideal treatment for COVID-19.
RT-PCR (reverse transcription polymerase chain reaction) testing, currently used to diagnose active infection by detecting the presence of SARS-CoV-2 genetic material, OVERestimates infection rates. For an accurate account of COVID-19 prevalence, we need to test for ACTUAL ANTIBODIES to SARS-CoV-2.
What we’re facing here is a PLANNEDEMIC SET OF DISEASEs, CAUSED BY vaccines (previously administered to MILLIONs of Americans), into which a genetically modified flu virus acts as a TRIGGER that (based upon the INDIVIDUAL’s prior vaccination history) manifests in the VARIETIES of disease stateS that is seen in the presenting sick patient.
The 50+ year SEPARATION from the vaccines administered to the later introduction of the TRIGGER appears to be one of the reasons why this has caught the medical establishment flat-footed.
This is PURE EVIL intended to MURDER millions using biowarfare.
More can be found #COVID19 is caused by vaccines Dr Judy Mikovits, PhDJason Bainbridge4.2K views1 week ago
Dr Rashid Buttar with Dr Judy Mikovits Discussion about Covid /Cofraud/ScamVid 19 Part 1 & Part 2SlenderMan12K views1 week ago
https://m.youtube.com/watch?v=sF4zcVXyA8E
https://m.youtube.com/watch?v=FTAhNeiyji8
https://m.youtube.com/watch?v=imIiQF3T9hM

He (the murdered Chinese researcher) was most likely on the brink of realizing, like Dr Andrew Kaufman (an independent science researcher), that the so-called covid-19 ‘virus’ was in fact our bodies’ own beneficially healthy EXOSOMES whose function is to mop up all TOXINS (from air pollution, food poisoning etc to stress created toxins).

Moreover, on scrutinizing these papers thoroughly he discovered that their methodology was pseudo science – at no time did they actually find any virus, nor separate it and purify it, from the lung material as the first step to testing whether it might even be responsible for the 200 sick people connected to the disgustingly unhygienic Wuhan meat market.

I repeat, the Wuhan lab that ‘identified covid-19 virus’ in fact NEVER IDENTIFIED ANY VIRUS let alone isolate and purify said non-existent virus in order to then test on control group to see if this non-discovered virus was or was not responsible for the 200 sick people.

In 2010 (10 years ago) the ROCKEFELLER FOUNDATION created a ‘BLUEPRINT FOR A CORONA VIRUS PANDEMIC ORIGINATING OUT OF CHINA’ ie the money power who control all the major foundations are working in this scam together with Chinese lab at least, if not with the Chinese govt. Now the money power media is promoting war with China??!!!

Why have hospitals and doctors been advised to fudge the figures ifo a ‘covid-19’ virus cause of death? financially rewarding them to do so.

Why are there no more deaths so far this year than any other year IF this year alone, there is a supposed PANDEMIC? This aone proves there isn’t!! By definition a Pandemic means far more deaths than normal each year.

Why are there no longer any deaths from all the normal causes of death every year (heart attack, stroke, cancer, kidney failure etc etc) NOT EVEN ANY DEATH FROM THE FLU! Yet the flu causes 80,000 deaths every year (US).

Why are so many city hospitals around the world closed and no injured or sick admitted? Yet same hospitals reported on their local news as ‘CHAOTIC’. Individuals with their cameras have filmed the empty hospitals from NY Brooklyn, Dublic Ireland, Germany to Australia. Injured and sick being refused entry. Old people therefore dying in their nursing homes without treatment. This is DE-Population eugenics whilst blaming it on a non-existent ‘virus’.

Even the New York funeral parlors have questioned why all the death certificates state only 1 cause – covid-19 for the first time ever. People have always died and always will – stand up whoever was here 120 years ago. They die from multiple variety of causes and always will. This is a scam!

Why are we being forced all around the world to wear a mask when viruses are so tiny that the pores of the mask are the equivalent of trying to block a mosquito from getting in through open double doors. They are unhygienic and need constant changing. They cause you to breath CO2 out then breath it back in – good for plants, not for humans to inhale.

Learn for yourself the misidentification by the Wuhan Lab who never identified any virus whatsoever:

DR ANDREW KAUFMAN REVEALS TO YOU THE COVID-19 IDENTIFICATION BY WUHAN LAB WAS IN FACT OUR OWN BODIES’ EXOSOMES: https://www.youtube.com/watch?time_continue=225&v=KGGd7-vvd9Y&feature=emb_logo

They are already programing you to accept that there will be a second wave.  This wave will be worse than the first and will require even more drastic measures (lol). People will be begging for their governments to “save them”. The authors of this study appear to be extrapolating a lot of functional activity from a genomic study and chose an attention grabbing title. The claims made in the paper that if the virus is more transmissible the authors thought it may lead to more severe disease is surprising. As it often means the opposite- less virulent viruses commonly have more transmission from asymptomatic cases. Such as SARS2 vs the original SARS.   Usually a pathogen becomes more transmissible and less virulent.  Just think how many colds have you had during your lifetime?   Was each cold progressively worse? Have they found a cure for the common cold yet? It has been estimated that there are over 380 trillion viruses inhabiting us, a community collectively known as the human virome.