We need to prepare our Middle East Xmas shopping list before the big day.   First item on the list is our Turkey.  Can’t have Xmas without a nice Turkey.

Turkey for our pièce de résistance 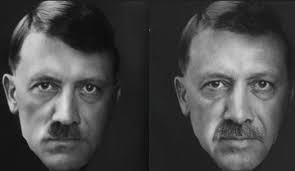 We wanted to invite Erdogan around for Xmas dinner but he insisted on bringing his friend so we declined. turns out he was busy elsewhere anyway.

Maybe we should forget Turkey and get Duck instead?

Is It Time to “Duck and Cover” in the Eastern Med?

Iran for some nice yellow cake We must purchase a Xmas cake.  It would not be Xmas without a nice cake.  Just make sure that you don’t invite the Israelis around because they hate “yellow cake”.

I would not order my Xmas cake from Iran anyway. It turns out that cakes and sweets they have been laced with medications and poison pills. Some have accused the Mullah’s of poisoning their own people (and children)…..as if (LOL).   More likely the CIA backed MEK “freedom fighters”. Iran Alleges “Terror” Plot As Drug-Laced Cake Scare Impacts Food Industry  and   The Geo-Politics around “Unrest” in Iran

Iraq for a beautiful oil bouquet Every party needs oil.  I love the smell of burning oil on Xmas morning….it smells like yuletide victory.  Iraq will provide our Christmas oil and so will Syria.  If they object we will just “take the oil”.   After all, it is better to give than receive so they can give us their oil.  Iraqi Oil for Israel? 15 Years later, new Light on the Iraq War and The Israel Lobby’s Hidden Hand in the Theft of Iraqi and Syrian Oil

Libya for our guest of honor Santa was spotted in Libya delivering peace and goodwill but at this point “what difference does it make?” Turkey and Egypt would like to extend their thanks to Hitlary and Obama for destroying Libya and leaving 300,000 (or more) dead, so they can take over.  The trouble is that Israel is being a party pooper and ruining the fun. Libya’s Haftar had lengthy meeting with Israeli intelligence officer and Libya’s Haftar ‘provided with Israeli military aid following UAE-mediated meetings with Mossad agents .

The Tripoli “government” backed by Erdogan is the Muslim Brotherhood. The same Brotherhood that was recently running Egypt, and was trying (with Erdogan’s help) to stage a coup in Saudi Arabia.That makes this mess more understandable. Sisi would never want a Muslim Brotherhood government on his border. But what is motivating Erdogan to move to help Tripoli now that the oil and gas grab in the eastern Med appears off?

If we are quick we can still pull Yemen in pieces like we did with Syria but unfortunately they are successful in fighting back. Xmas would not be complete without a carol: