Charlie and Klaus are best mates and Charlie loves the Great Reset.  Now that mummy is no longer he can implement his WEF plans to save the planet.

I could do this for every heavily vaccinated country but I take a particular interest in countries where I have lived. Read this excellent report by Matt Crawford the math genius.

Stop eating and breathing you are ruining the planet.👇🤣🤡 pic.twitter.com/pvpJa0Zgfb

Love this, but it seems like they must all be BLEEDING money to make this happen. All I hear are engines. Big idling engines. https://t.co/FtJRyTnuP9

This is Ken and he may come across as eccentric but he is a very intelligent original thinker. He translates ancient Pali, Greek and Russian and  writes books and articles on Metaphysics, specifically Neoplatonic, earliest Pythagorean Emanationism, earliest Buddhist and Upanishadic philosophy etc.  Among many other interests  he is a student of field theory and specifically magnetism, for which he has written a book on same now in its 3rd edition.

I wanted to introduce his video “What is magnetism?” (very good) and some of his other stuff but too much is happening. He recently made this and had over 200k hits:

Why are farmers in the Netherlands angry? | Inside Story (25 min)

No one is talking about it

I used to live in the Netherlands and have Dutch ancestry.  What do they think people are going to eat?  Are we being gamed?  Are they deliberately making it as bad as possible so that they can provide a solution (their savior???).  Psychopathic behavior.

Pray for our Dutch people the NWO Army 🪖 are coming to stop the Farmers who just want to feed their people…. pic.twitter.com/pRyiQ3fiZa

Police are violently pulling down blockades one by one, through the use of “Romeos” which I’ll talk about later. (Basically police sanctioned ANTIFA). Shocking for a democracy, but this is Klaus Schwab country. Here is a snapshot from the front lines. https://t.co/363xQ3IVwh pic.twitter.com/SdYi5rKj2L

Protests or should I say riots in Holland.  There is live Facebook feed.   Gunfire heard and one dead.   Peaceful protest is good, riots are not.  There is genuine anger and fear but undoubtedly there are government provocateurs. They want martial law.

Jack Ma, founder of Alibaba, in trouble with the CCP authorities, described by Chinese media as a “disgraced billionaire” is touring the Netherlands Agriculture facilities. This in my opinion is Jack leaving his destiny mark on China utilizing big tech to save China from food collapse, as an emissary from Beijing. Disguised to control indoor hydroponic food production globally.

What Do You Know About the Deadliest Virus on Earth?

Full video on the NewTube app. YouTube removed this video within 30 minutes. https://t.co/oUccxRgzIm

The Dutch government is utterly corrupt…on a par with the UK.  Mark Rutte the Prime Minster refuses an inquiry into Dutch support of Syrian terrorists meanwhile protesters are banging pots and pans outside parliament as he delivers a stern lecture on more covid measures (see the previous UK column for a report on the above).  Add to that the crime and the lies surrounding flight M17 and we can begin to comprehend how captured and corrupt governments have become.  Here follows a Dutch interview of Doctor Els van Veen  testifying at an extra-Parliamentary sitting because the authorities refuse to examine thir own behavior whether it is with regards to terror or covid (which is the same thing in my book).

Not recently but hundreds of years ago.   Interesting video from Dave at Adapt 2030. If one thing it demonstrates how dynamic the earth is.

The situation in Holland 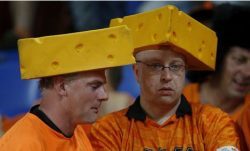 The reason I am blogging this article is because I used to live in the Netherlands and still have family there.  Anecdotal evidence suggests that the situation is quite bad in Holland and even if you cannot trust the media you can trust reports from the people on the ground.

I came across this rather good article in the Off-Guardian which explains what Orwell termed as doublethink which is the ability to hold two opposing thoughts in your head at the same time. The first is to know that something is not true because facts and logic tell you that it is not true and the second is to hold that it is true despite the facts because it is safer and more convenient to follow the herd. It is a form of cognitive dissonance and eventually people let go of the facts altogether because it is impossible (unless you have a split personality) to hold two “truths” in your mind and a new truth is “formed”.

They aren’t hiding the totalitarianism … they don’t have to. Because people are begging for it. They are demanding to be “locked down” inside their homes, forced to wear masks, and stand two meters apart, for reasons that most of them no longer remember.https://t.co/WSqPm6pDKp

At the end of the article I found this comment from a Dutch reader called Willem which I have repeated in full:

So yesterday was an interesting day at the office, where of the dozens of people who used to work there, there were 5 left. Me, and 4 PhD students who work on the numbers of Covid19 in my hospital and where we compare Covid19 in NL with flu outbreaks in the past (open data).

And we were all in agreement that this Covid19 thing hasn’t led to its expectations. And that this is totally clear even if you do not look at the numbers that we crunched from our hospital (with detailed analyses on laboratory findings, medication, comorbidity, etc).

So for instance if you compare the number of people who died ‘from’ Covid19 (n=5000 in NL) compared with those who died ‘from’ influenza in 2018 (N=8000) you see that we are looking at a nothing burger. And mind you, this info is out there in the open. It is not that they are trying to hide the fact. It is there, to see for everyone. The numbers of death ‘from’ Covid19 are actually on the front page of the Health Inspectorate (RIVM)! (https://www.rivm.nl/coronavirus-covid-19/actueel) and if you google the deaths ‘due to’ influenza in NL are easily found.

And although I cannot share the data that we found in my hospital with you (because the data is not mine), the PhD students and I, of course can share it with our superiors who are constantly in the news telling about the dangers of Covid19 and that we need to continue the lockdown until a vaccine has been found.

And the funny thing is: in the beginning of all of this, when the experts were all gung ho of this disease that reminded them of Camus novel, the plague (they are all ardent readers), they were constantly talking to us, disturbing us, and (without our consent) sharing the things we found with ‘the outside world’ (their superiors).

But in the last 2-3 weeks they have become silent to us, do not reply to e-mail messages where we show that this ‘deadly disease’ wasn’t there, and where we try to make appointments with them to explain our findings. But all we get from them is ‘nothing’ as they are ‘too busy’.

And it is just crazy that they talk to the outside world as if we are in the middle of a pandemic, while their minions (me and the 4 PhD students) who actually collect the data that should support their opinion scream at them that there is nothing to see!

I cannot get my head around this, but do know a couple of things

A. Our experts have convinced the managers of my hospital that all sorts of expensive tests should be ordered (and are ordered) to be performed in people who are Covid19 positive, as they decided, in all their wisdom, that Covid19 positive patients should be even more thoroughly screened than is currently the case. And I, and my 4 PhD students were not involved in this. It was decided by the experts. But the problem is, and we could have told them this, actually showed them this through e-mails (that were never replied), that the actual number of positive Covid19 cases in our (according to RIVM) heavily infected area, has plummeted since April 1 and that we haven’t seen a single case of Covid19 in our hospital in the last 2 weeks!
B. An expert who has to acknowledge that he was wrong in his assessment commits, like politicians, career suicide. Or so they think
C. The experts who I talked with never really listened to my, and the PhDs, objections of what Covid19 was and why we needed better studies. And although they allowed me to run my studies, I think they always believed that the outcome of such studies must have been a confirmation of that what they already knew: confirmation of the conventional wisdom that Covid19 is deadly, contagious and for which you need to lockdown a country, etc. And now that the numbers are coming in (and I am not the only person who is working on this) they are baffled that they were wrong in their prior assessment. And all their stupid opinions are registered in newspapers, tv interviews, etc, waiting there for posterity to mock them till eternity. And this frightens them more than it frightens them what the consequences are from their stupid opinions and blind opportunism (as they are to stupid/ to frightened to see what they have actually done to the world).

And so their strategy has become the strategy of the politician, who thinks that this will all blow over. Play dumb and dumber and slowly ‘permit’ people to continue their normal life, as if normal life can be continued with crops going to waste, people who have been taking out of their daily routine for months, bankruptcy of small companies, people who have lost their job, QE that can only lead to stuff becoming even more expensive (austerity), and the terrible consequences ‘neglect’ can have to vulnerable people (either mental or physical).

The sooner, the better

To repeat what Willem said, “it is a big nothing burger” but that is not how the people on the ground would report it nor how they will remember it.  If you ask ordinary people they will tell you that thousands died, it was a terrible pandemic.

However, the facts are there for everyone to see. They are not hidden. It is just that another reality has been created. It is all about perception. A reality has been created in which the economy was crashed to save lives and we will never get back to “normal” even when we get a vaccine. That is how people on the ground will report it and perceive it and the more people that repeat it the more difficult it will become to believe otherwise. Even in the face of facts. Moreover, this will make it easier to force more pain and change on people when pandemic 2 comes.  And it will come because they have seen how successful this has been.

People like to think they are “logical” evidence based etc especially scientists but the truth is that we are not like Dr Spock out of Star Trek. We are emotional and social creatures (and that is a good thing), but it makes us vulnerable to manipulation.

As they say in colloquial Yorkshire (where I have also  lived); there’s nowt so queer as folk …  or nothing is as strange as people can be; people can behave very oddly sometimes.