I urge all of you to watch all the videos on this page and pass them onto other people who still think that this is about a virus.  As many people as possible need waking up. In  these videos we are not going to discuss the virus, or the statistics etc because with many people facts and figures make no difference. Science makes no difference. They are in a media induced hysteria. They have deliberately played on the fear of illness and death in order to condition people and make them compliant.  I urge you to watch all these videos and to pass them on. Wake up as many people as you can. We are being initiated and inducted into a cult.

Read the article and watch the video on this website. Do not dismiss it out of hand. They are using Behavioral Science Units and have access to enormous amounts of data and quantum computing.  They have data on everybody and predictive algorithms. I don’t know how far they are on the AI spectrum but would not be surprised if they have already reached the singularity.

The body as an Instrument of Torture

One very interesting point for me is that this really  started to pick up traction in 1973 with the Trilateral Commission and the UN new economic plan (1974). The Trilateral Commission is a non-governmental, nonpartisan discussion group founded by David Rockefeller in July 1973 to foster closer cooperation between Japan, Western Europe and North America.  We know that it was in 1973 that the US abandoned the remnants of the gold standard. Kissinger, a member of the Trilateral Commission  opened up China in 1972.   We can see then that the next phase of a well oiled plan was being put in place in the 70’s.  Of course, this has been ongoing for at least 150 years but in 1973 it seems to have moved up a gear (like it is doing now).

Why is 1973 important?   It is important because the Jews were attacked on their holiest Day the Day of Atonement (Yom Kippur) which was a sign of divine displeasure.  In our commentary Apocalypse  commentary (PRITA) we identified cyclical patterns. The trumpet was blown on the Day of Atonement (DOA).   The trumpets had an application “back then” and and one now – the patterns repeat. Our commentary identified the (seven year) trumpets restarting on the DOA in 1973 , with the fifth trumpet 2001 (twin towers). Years  do not align exactly because we are dealing with Georgian vs Lunar calendar years which start in Sept/Oct  (see http://www.biblaridion.info/html/ch21.html page 462) however, we are moving towards the culmination of something.  I just find it interesting that 1973 seem to me such an important trigger date for globalist plans while at the same time the Jewish nation is attacked on their National day of forgiveness.   Seems to me that God was not feeling very forgiving towards the nation.

We will not comply

This video below really needs to be watched by everyone. Please circulate widely. https://t.co/1WW8DreoS6

Belly of the Beast

As Christians we know that we are in the belly of the beast.  This will not go away as they need to make this work and they have already destroyed too much of the old economy. We know how this goes we have been here before and we know how this ends. Click on the tweet and follow the thread. There are some sick people behind this who think they are somehow “enlightened”.    They are ushering in a new creation in which they will be the gods.  We will not comply. We wont back down.  We will at the very least give the beast indigestion as he tries to swallow us. The Lord will finish of the beast and the Great Whore. 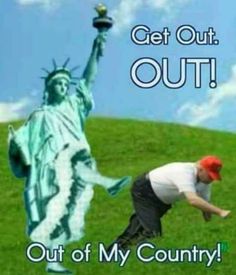 There was a letter circulating indicating that the US would withdraw from Iraq. This was later denied/corrected by the Government.

MORE BREAKING: @thejointstaff Gen. Milley came back to brief us again after looking at the letter. “It was a mistake,” he said. Milley said it was a draft, poorly worded, and had not been signed. It was being worked w/ Iraqis. Bottom Line: US troops ARE NOT leaving, he said. https://t.co/L6wGYiVIkv

‘No decision to leave Iraq’? Pentagon officials contradict each other over ‘poorly worded’ US withdrawal plan sent by ‘mistake’ The letter was unsigned and the the USMC would never announce force deployments on a plain text document.   This is either deliberate disinformation, sabotage by Trump enemies (Democrats) or indicative of a split within his government between neocons and more reasonable people.   Who knows? Thankfully America will stay and deliver the blessings of peace and democracy to the region.  They will teach the uncivilized Persians the Art of the Deal.  They will bring torture, death and destruction wherever they tread.

You must not forget to say thank you to those who guard your freedom. Like Gina Haspel who was appointed head of the CIA by Trump.  Nice to see a woman’s touch….all that nurturing almost makes me weak at the knees. Gina Haspel ran Black Site Rendition Torture Camps. What Happened at the Thailand ‘Black Site’ Run by Trump’s CIA Pick?

I don’t hate the Anglo-Zionists, the Americans, the Jews, the Muslims or anyone else for that matter. I hate the lies.   We all need to wake up.   We do not live in democracies.  There is no difference between left and right.  We are being played and ruled by psychopaths and oligarchs and the only thing they care about is power.  Even the judiciary is corrupt…..look at poor Julian Assange.   What a foul time we live in…..judgement is coming soon. God hears our prayers for justice. We may not all be guilty but we are all responsible for the world we live in.   We all like to fill our car with cheap petrol (but at what ultimate cost?) and we are all consumers…..and we consume everything.   Fair enough, neither you or I made this system and neither you nor I can change it.  But we can change ourselves.  And each of us can speak truth to his neighbor (the consequences be damned). And we can stand up for the underdog.  And we can reject all the foul divisive cultural Marxist nonsense. All those changes of behavior are called repentance.  Repentance is not just saying “I am sorry”.   Repentance is the first step in returning to God.